The township council is the elected governing body responsible for legislative functions in Vernon Township. It is comprised of five members, all of whom are elected at-large. Subsequent to the implementation of Vernon’s new form of government on July 1, 2011, initial council terms are staggered—three members serve for two years and two members serve for four years. Going forward, all will serve for a term of four years.

Regular meetings of the township council convene on the second and fourth Monday of each month at the municipal building, located at 21 Church Street in Vernon. 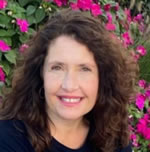 Councilwoman Natalie Buccieri has lived in Vernon since 1997. She and her husband Dan have raised their four children in Vernon and their youngest attends VTHS. Natalie graduated from Jefferson Township High School, County College of Morris and received a paralegal certificate from the College of Saint Elizabeth. Upon graduation, she began working at CIGNA Healthcare, eventually becoming the regional customer service coordinator, responding to department of insurance and department of health inquiries, aiding CIGNA's legal department and coordinating the insurance appeal process, ensuring it met governmental regulations. Leaving CIGNA in 2000, Natalie worked with her husband Dan and they began a countertop installation and repair business. She managed the day-to-day operations of the business while raising their children. Since 2019, Natalie has been employed at Selective Insurance, as a distribution strategies specialist. Mrs. Buccieri served on the Vernon Township EDAC in 2011. In 2017, Councilwoman Buccieri was elected to the Vernon Township BOE and served on the board from 2018-2020. While a board member she served on the following committees: Superintendent Search Committee, Finance Committee, Negotiations Committee, Adhoc Healthcare Committee and chairwoman for the Liaison Committee.

Councilman Joe Tadrick currently serves as the Countering Weapons of Mass Destruction (CWMD), Northeast   Regional Coordinator. Mr. Tadrick supports homeland security efforts, serving in an advising and reach-back capacity for the State Homeland Security Advisor.  He contributes to the development of the national risk picture by assisting with the identification, assessment, monitoring, and minimizing of risk to critical assets at the local level.  As a Regional Coordinator, Mr. Tadrick facilitates, coordinates, and performs assists visits and acts as a technical security advisor to Federal, State, and local law enforcement and emergency management agencies.

Mr. Tadrick joined the CWMD Program in 2019, after performing duties as a Protective Security Advisor (PSA) in the NYC AOR since 2005 and was also a Senior Watch Office at the DHS Homeland Security Operations Center in 2004.  His position required him to provide National Level Intelligence and support regarding Weapons of Mass Destruction issues, mitigation strategies and developing threats to Homeland Security.
Mr. Tadrick has had extensive training in Weapons of Mass Destruction (WMD) and has been considered a subject matter expert (SME) by the Department of Defense (DOD), the Defense Intelligence Agency (DIA) and the FBI regarding Counterterrorism and Chemical, Biological, Radiological, Nuclear, and explosive issues.
Mr. Tadrick has served as Naval Officer attached to the HUMINT support Detachment. His career in the Navy has been spent in support of Joint Special Operations and HUMINT collection. Mr. Tadrick is a certified Department of Defense Strategic Debriefer.
Mr. Tadrick served at Naval Special Warfare Development Group (DEVGRU) as a senior intelligence analyst for Counterterrorism (CT) / WMD. He supported a CNO Priority One Joint Special Operations Command. Mr. Tadrick had a major responsibility for analysis of CBRNE, Terrorist Orgs and Delivery methods.
He was also detailed to the FBI Joint Terrorism Task Force as a Defense Intelligence Agency Operations Officer, WMD Subject Matter Expert. Mr. Tadrick also acted as a liaison for the DIA as the JTTF representative to the NJ Military Mega-Base Group and was responsible for working with other Government and Defense Agencies regarding Counter Terrorism and WMD/CP issues

Mr. Tadrick holds a Bachelor of Arts (BA) in Psychology from Rutgers University, a Master of Business Administration (MBA) in Management from Long Island University and has pursed on a Master of Science Strategic Intelligence (MSSI) from DIA, Washington, D.C. He also a Master of Science (MS) in Protection/Security Management from John Jay College. Mr. Tadrick achieved the Certified Protection Professional (CPP) status from ASIS. He holds a certification as a Radiation Safety Officer (RSO) and a Post Blast Investigator among other disciplines. Mr. Tadrick is married with three children.